On December 28, Yuchai held a strategy conference and launched the "1235" new strategy.

Under the new situation, Yuchai will adhere to the strategic policy of "growing comprehensively, innovatively and stronger", achieve balanced development of conventional and clean-energy engines, comprehensively strengthen itself in commodity, manufacturing, marketing, system and brand, sprint to the goal of one million units, and strive to achieve the strategic goal of being the industry leader in China by 2025 and becoming a world-class enterprise by 2030. 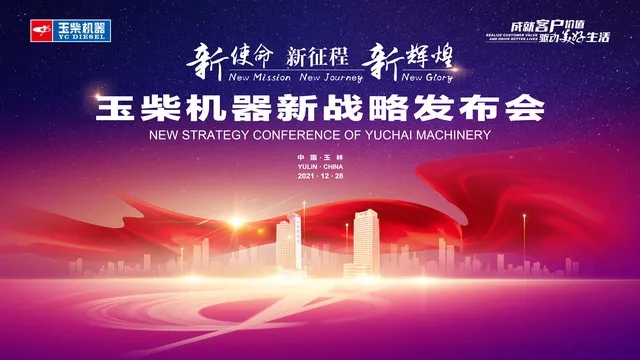 2021 has seen Yuchai's breakthroughs in core technologies and remarkable achievements in market development. Up to now, Yuchai has put a total of over 220,000 CHINA VI products on the market since the release. Among them, the sales in 2021 have reached 150,000 units.

At the beginning of the "14th Five-Year Plan" period and the development of CHINA VI and T4 products, facing the new development trend and customer demand, Yuchai has proposed the "1235" strategy. 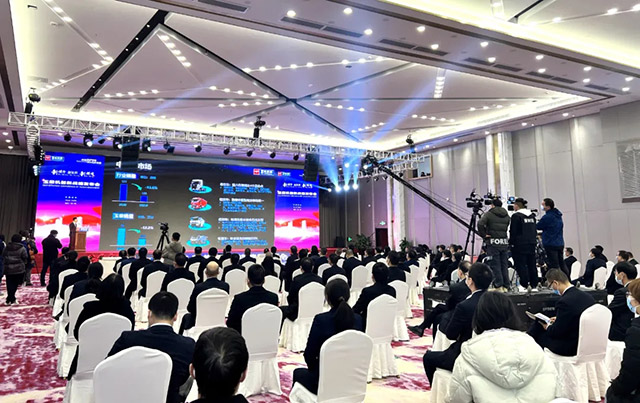 The strategic positioning of Yuchai is to become an independent specialized power system supplier.

The strategic target of Yuchai is to be the industry leader (social power) in China by 2025 and become a world-class enterprise by 2030.

"1" target: Yuchai will achieve the sales of 1 million engines and the sales revenue of more than CNY 70 billion by 2025.

"2" track: Yuchai will attach equal importance to the development of conventional and clean-energy engines. Yuchai will increase the input in the development of clean-energy engines with an initiative, open and cooperative attitude while continuing to develop the specialized and reliable, leading and applicable conventional engines. With Yuchai Xin-Lan New Energy Power Technology Co., Ltd. as a platform, Yuchai will continue to promote strategic cooperation and strengthen its own core advantages, to build itself to an expert in customizing power systems for all application scenarios.

"3" policy: Yuchai will grow comprehensively, innovatively and stronger, expand the application field of conventional engines, and march toward several fields including medium- and low-speed machine engines, UAV engines and engines for special-purpose vehicles and ships. Yuchai will focus on the development of several technology routes in the clean-energy engine field, including hydrogen-fueled engine, hydrogen fuel cell, range extender and eCVT plug-in hybrid power, strengthen its advantages in segment markets, and take a strong position in the fields of heavy trucks, special-purpose vehicles, heavy construction machinery, agricultural machinery, and medium- and large-scale marine and G-drive engines.

"5" guarantee: Yuchai will continuously make breakthroughs in the key technologies of internal combustion engine, deepen the cooperation with joint ventures at home and abroad, and strengthen itself in commodity, manufacturing, marketing, system and brand. 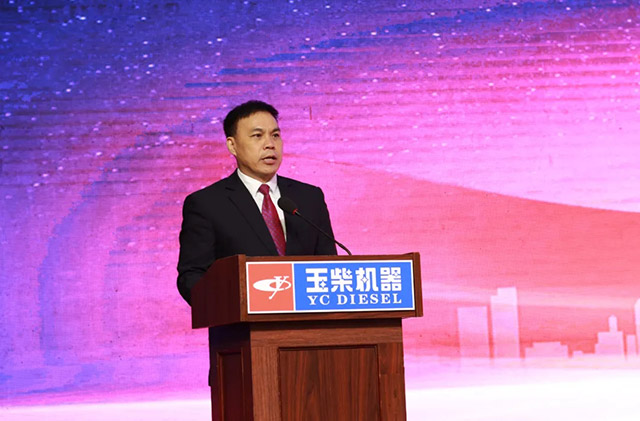 Li pointed out that only win-win cooperation can achieve sustainable and sound development. In the future, Yuchai will always adhere to the strategic positioning of "being an independent specialized power system supplier", and will never compete with its customers. In the new strategic journey, Yuchai will carry forward the spirit of struggle, grow itself comprehensively, innovatively and stronger in its core business (i.e. engine business) with a cooperative and grateful attitude, achieve the established strategic targets, and give back to its partners with greater glories in the future. Yuchai will also apply a new concept and a new cooperation mode, create a new pattern and a new dimension, and bring new drivers and vitality into its development, to write a new chapter and create new glories for the development of Yuchai, for the success of its customers and for the revitalization of China's national industry.

Yuchai Machinery launched the new strategy under the new situation, further clarifying its determination to meet the diversified value needs of customers in different fields with specialized, excellent and all-round engine products, and to provide its customers with competitive power system solutions and services that exceed customer expectations, and showing its confidence in providing world-class products and becoming a world-class enterprise.